Performance “Precursor of Revolution” in Odessa

Praecursor is a Latin word meaning “forerunner”. Precursor of revolution is a forerunner of changes in society and a primary component for building new relationships in big and small social groups.

During the performance “Precursor of Revolution”, a group of artists from the Odessa Experimental Center of Contemporary Art “Tea Factory” represented revolutionary movements from the beginning of the 20th century till today. They placed multicolored satin ribbons on nine flights of the Potemkin Stairs in a chronological order, each symbolizing a certain revolution – from the Revolution of 1905 to recent protests in Russia. The performers offered the citizens a choice between material goods and freedoms, between “the revolution of spirit” and “the revolution of full stomach.” 60% of the pollees chose freedoms. Young people under twenty were choosing freedoms most frequently.

The projects was implemented in partnership with the Experimental Center of Contemporary Art “Tea Factory” and supported by National Endowment for Democracy. 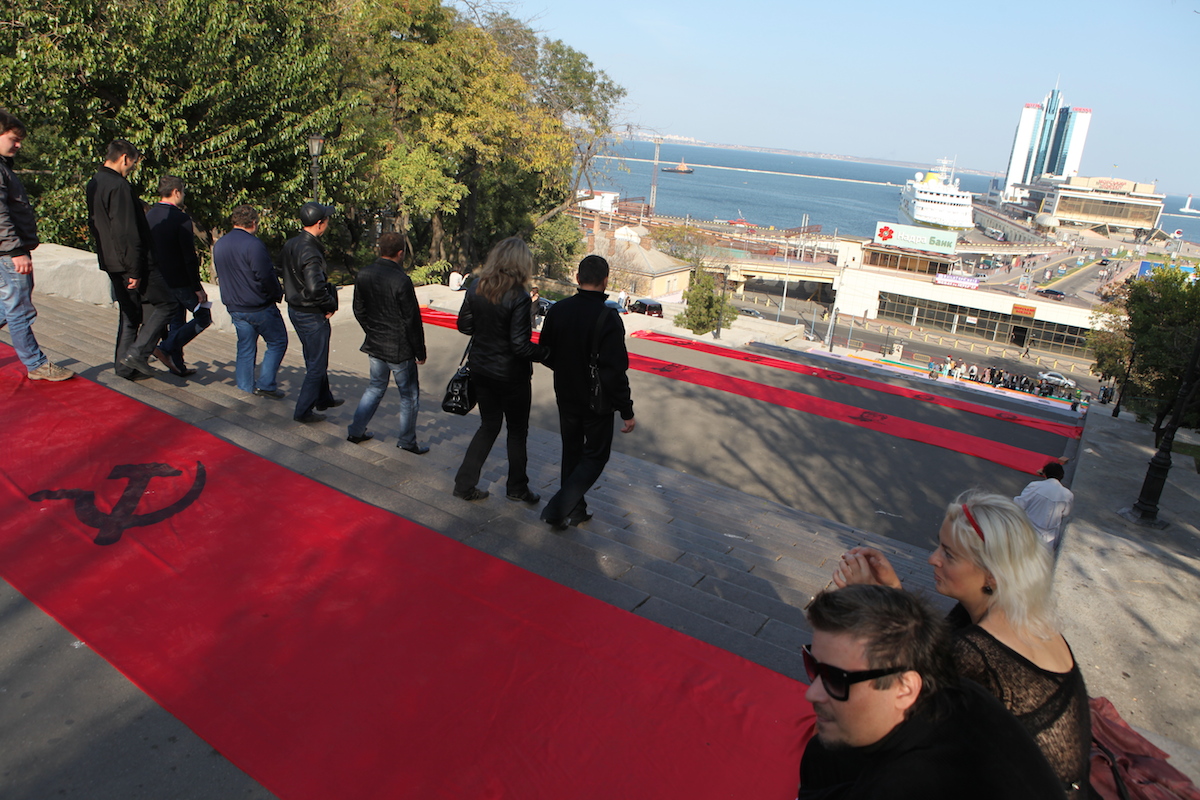 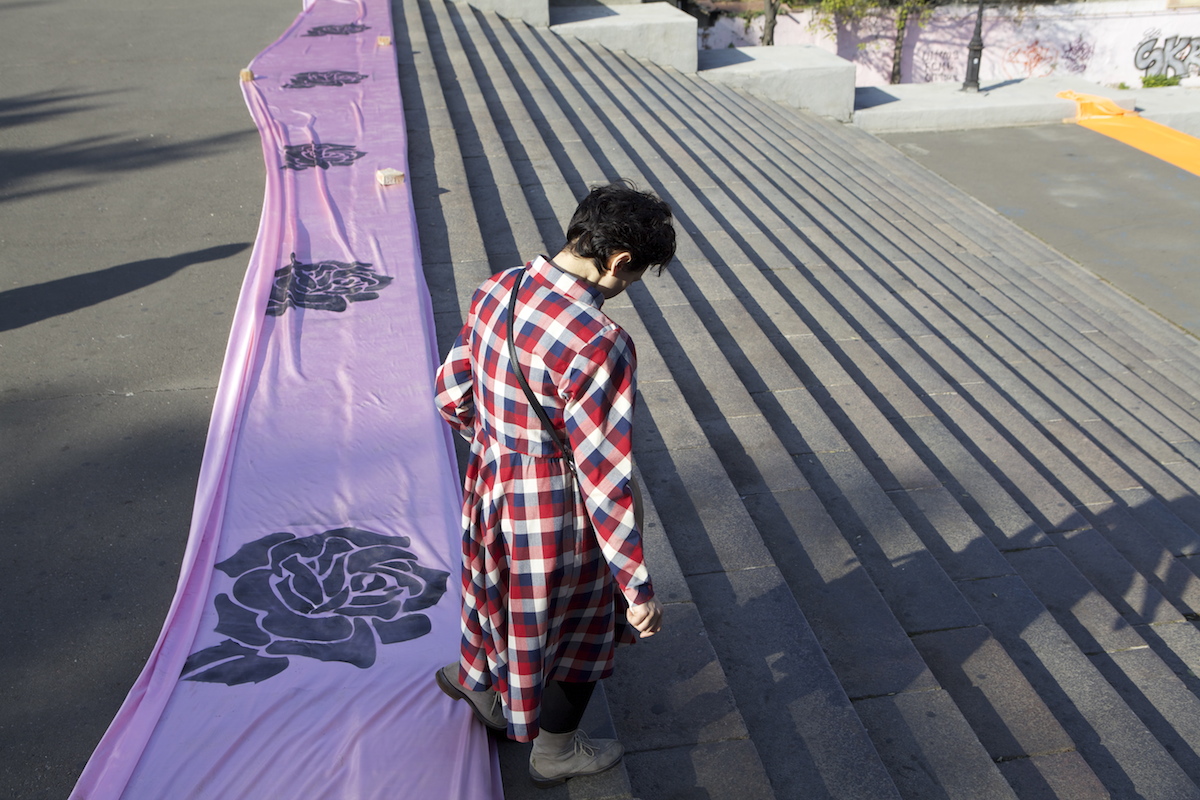 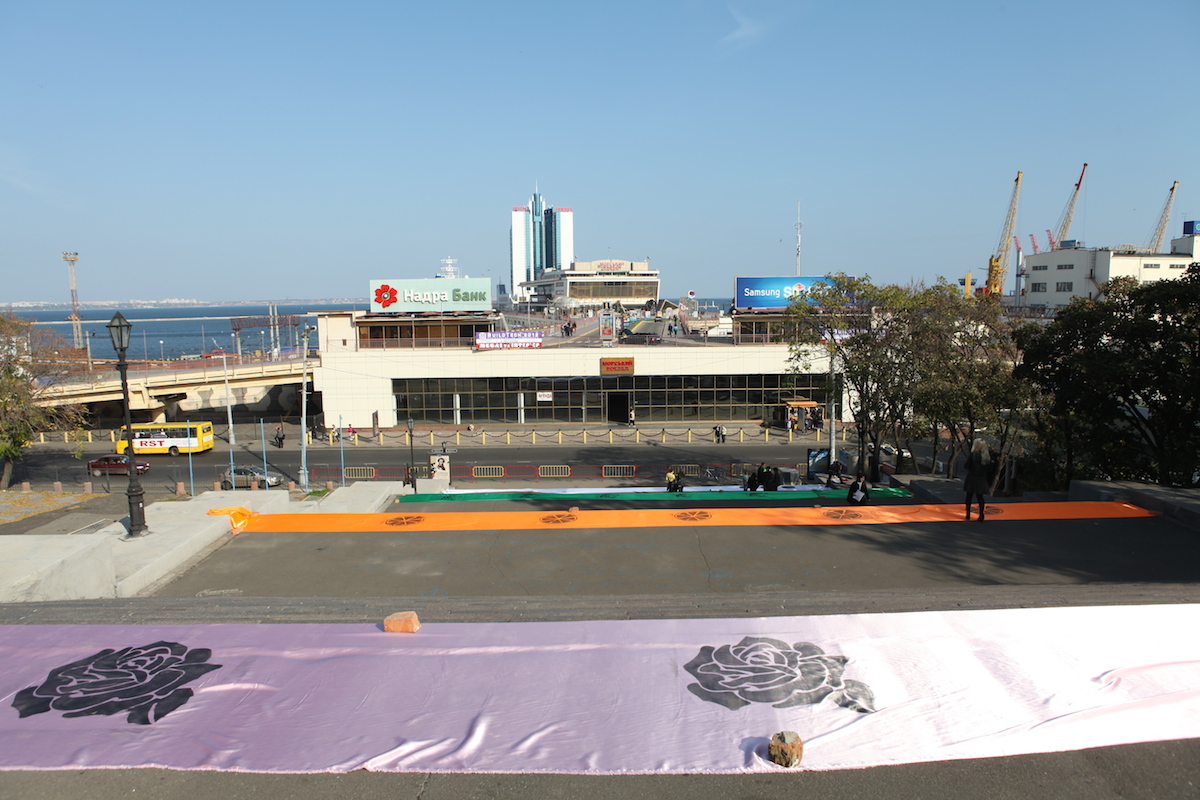 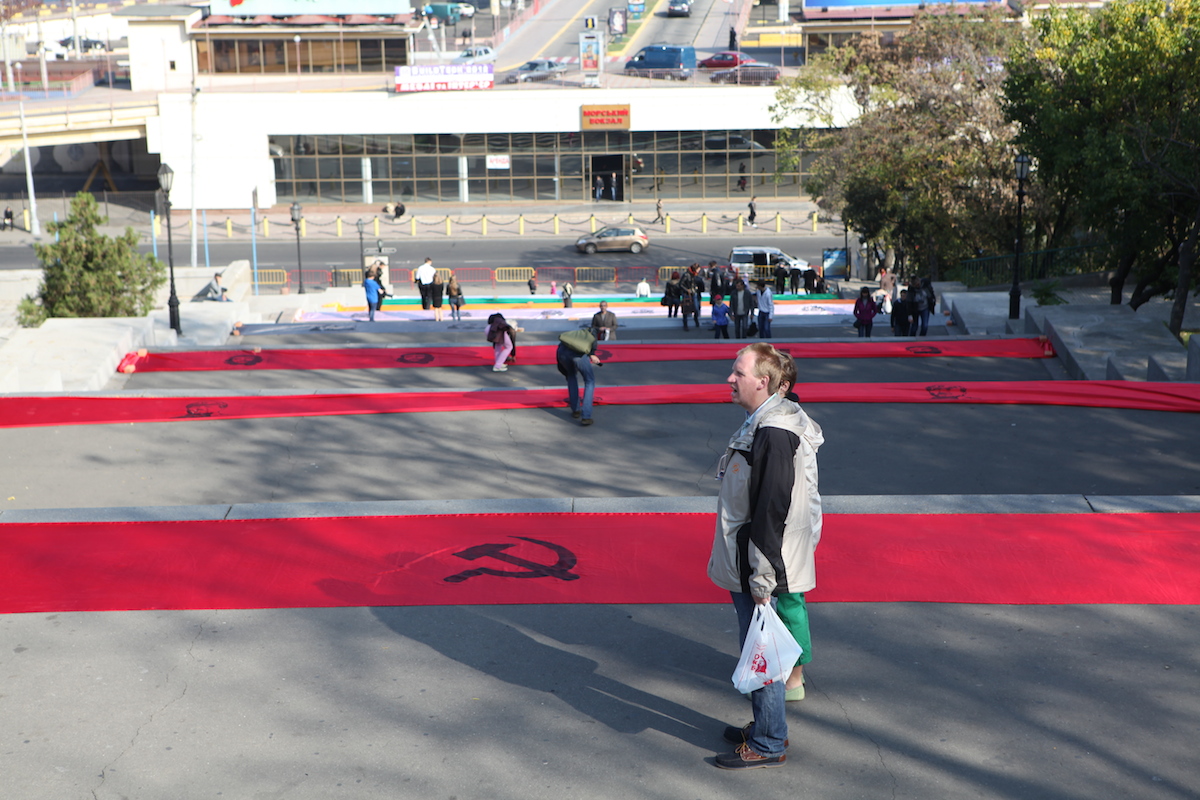 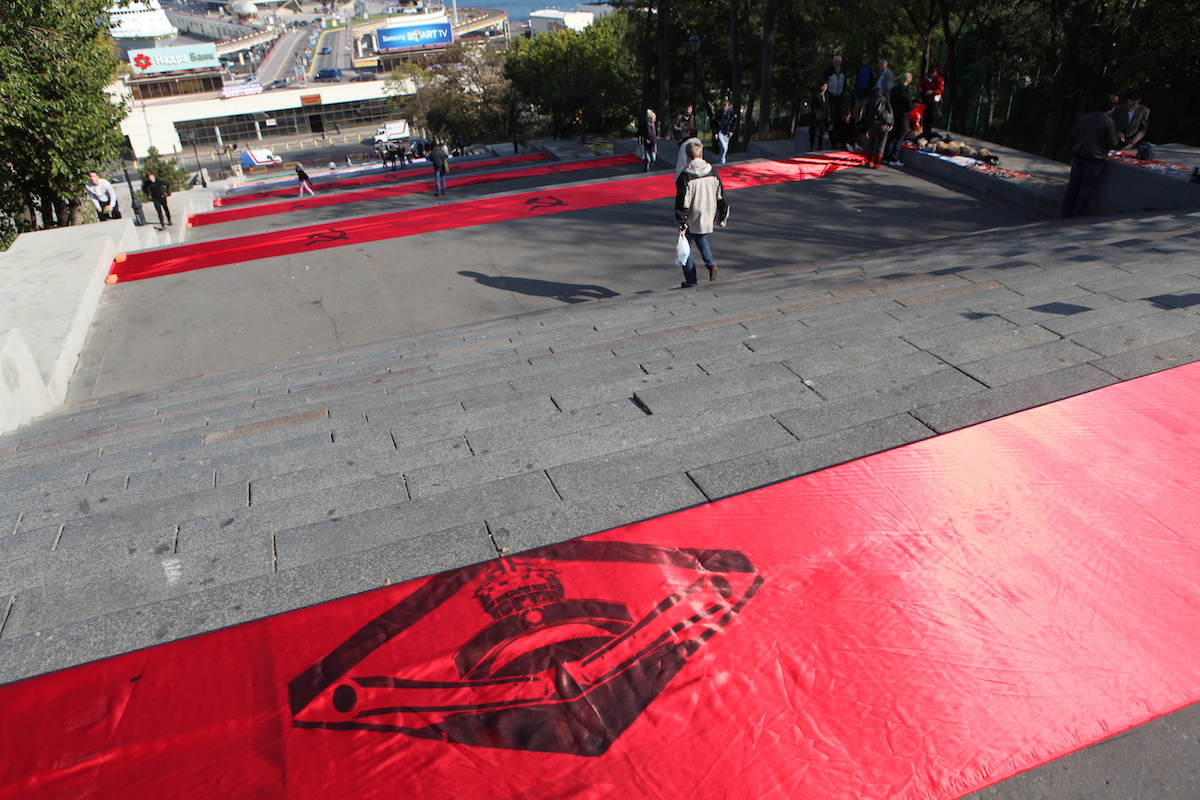 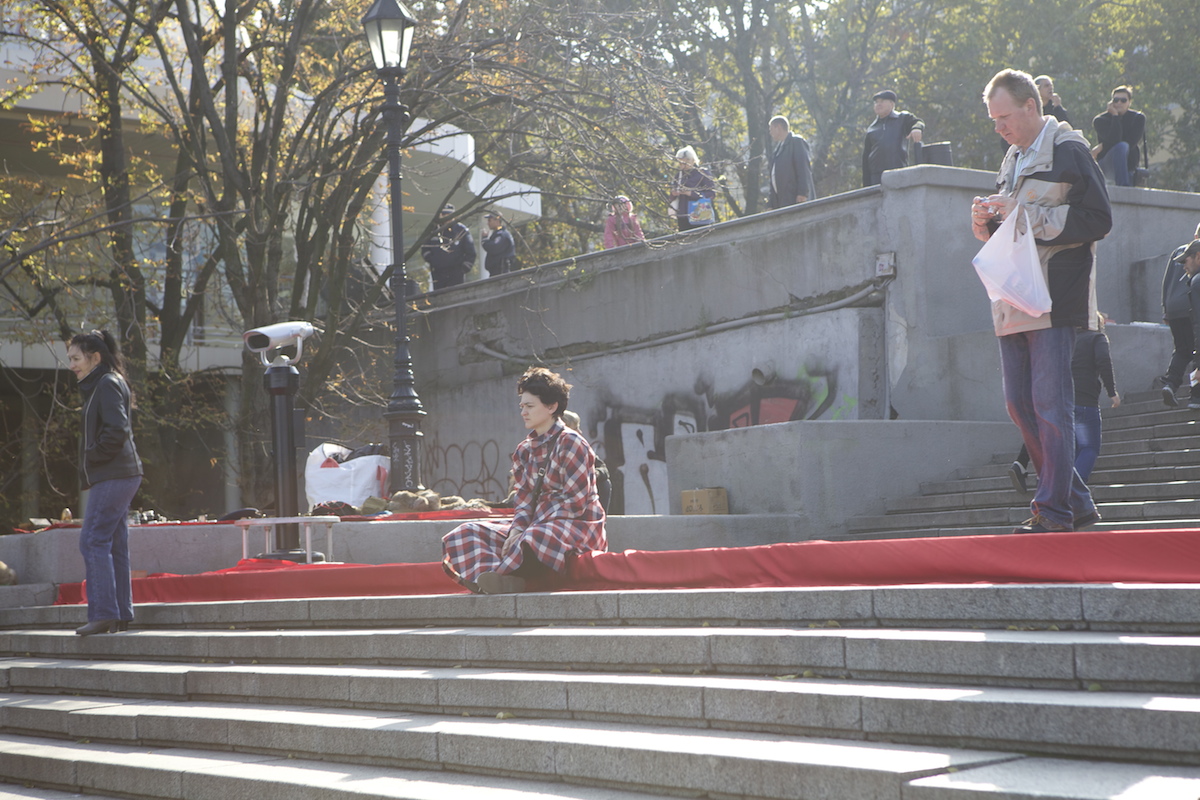 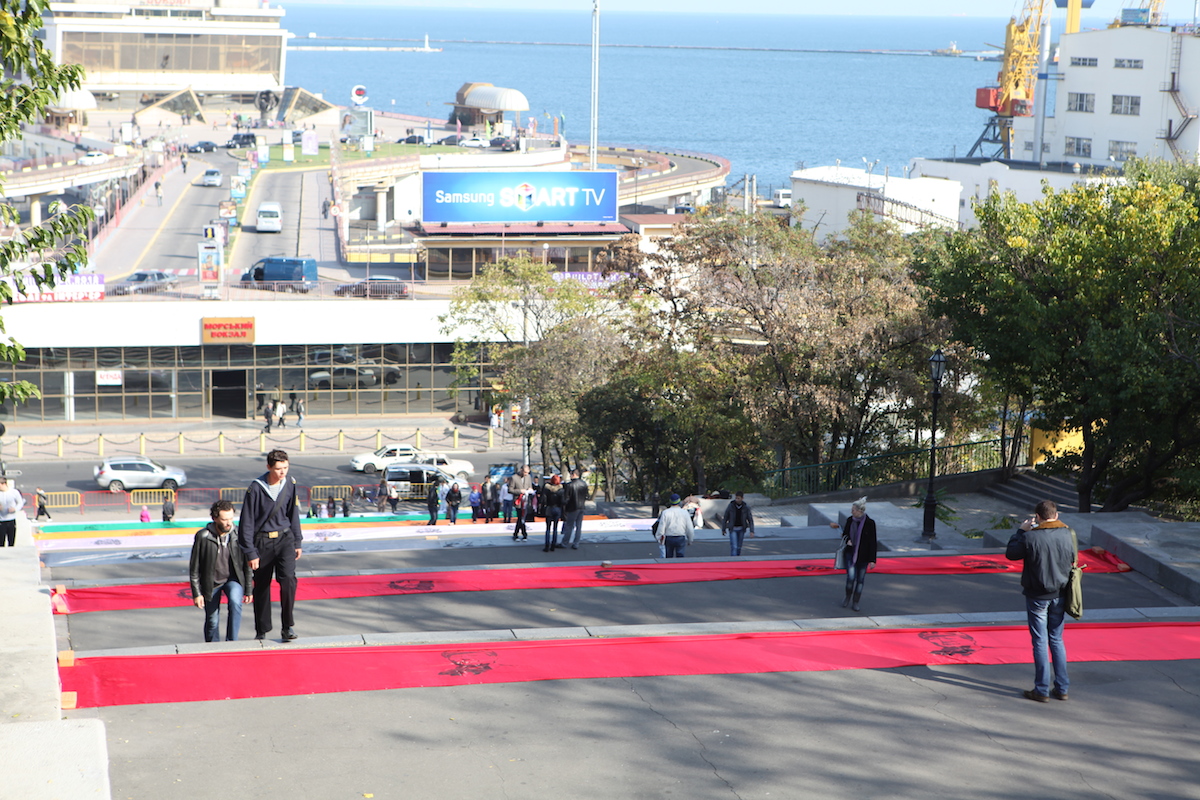 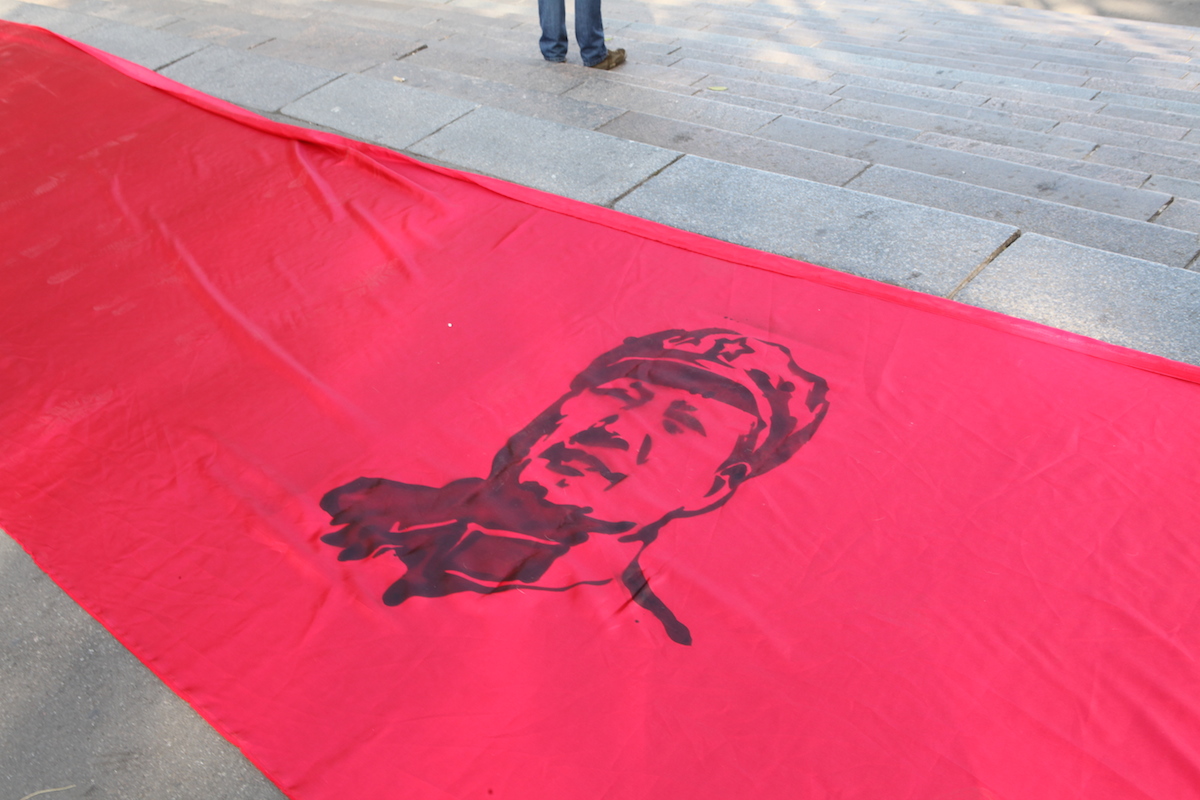 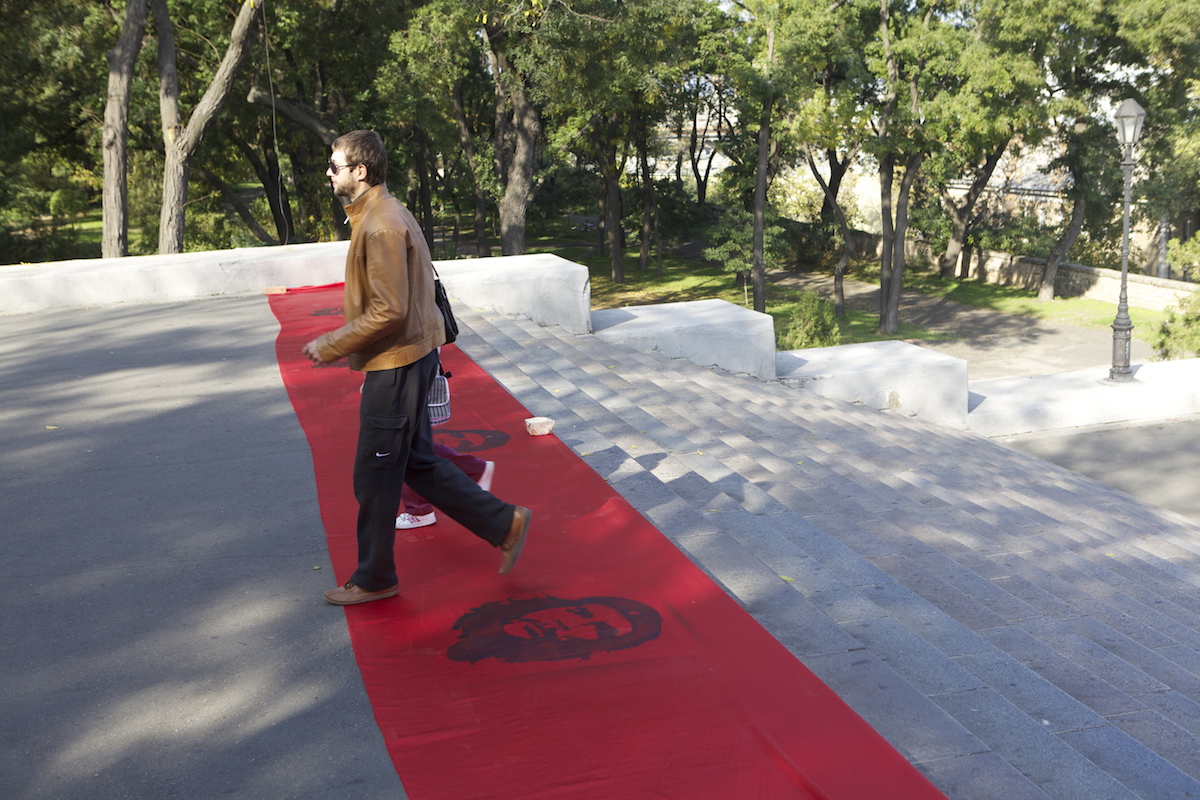 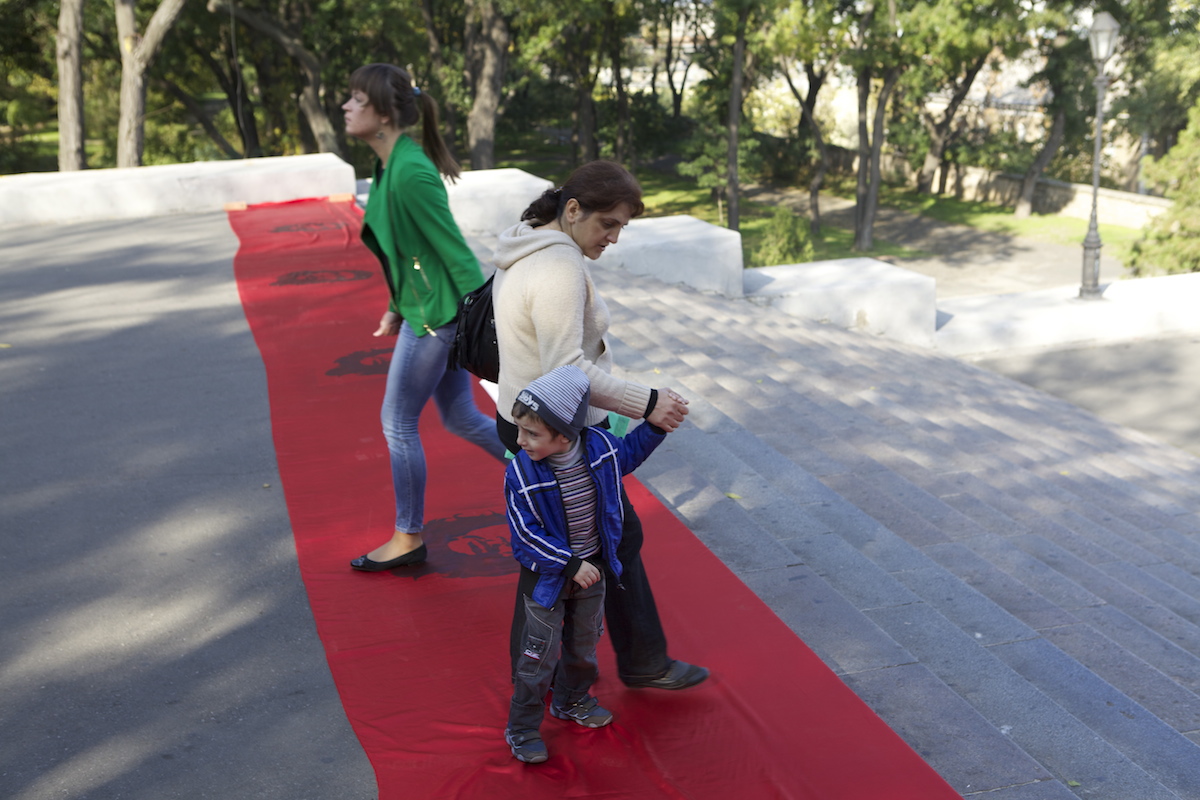 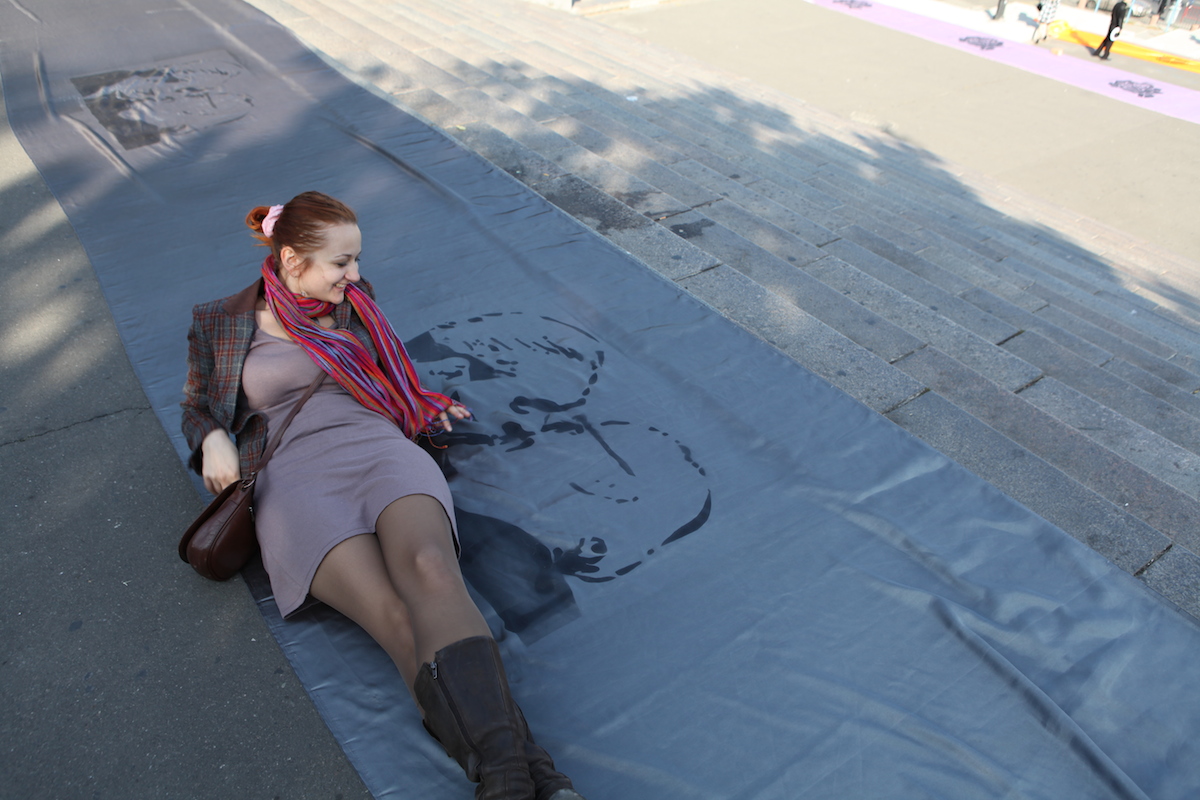 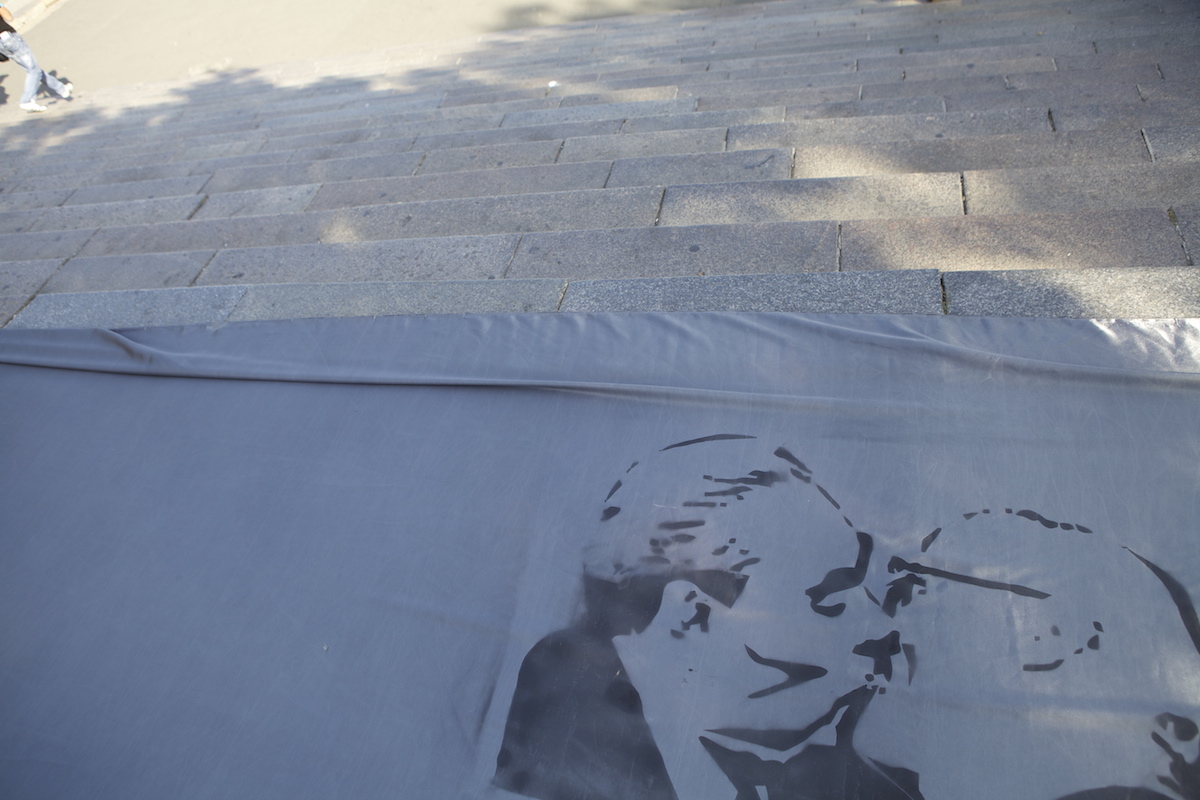 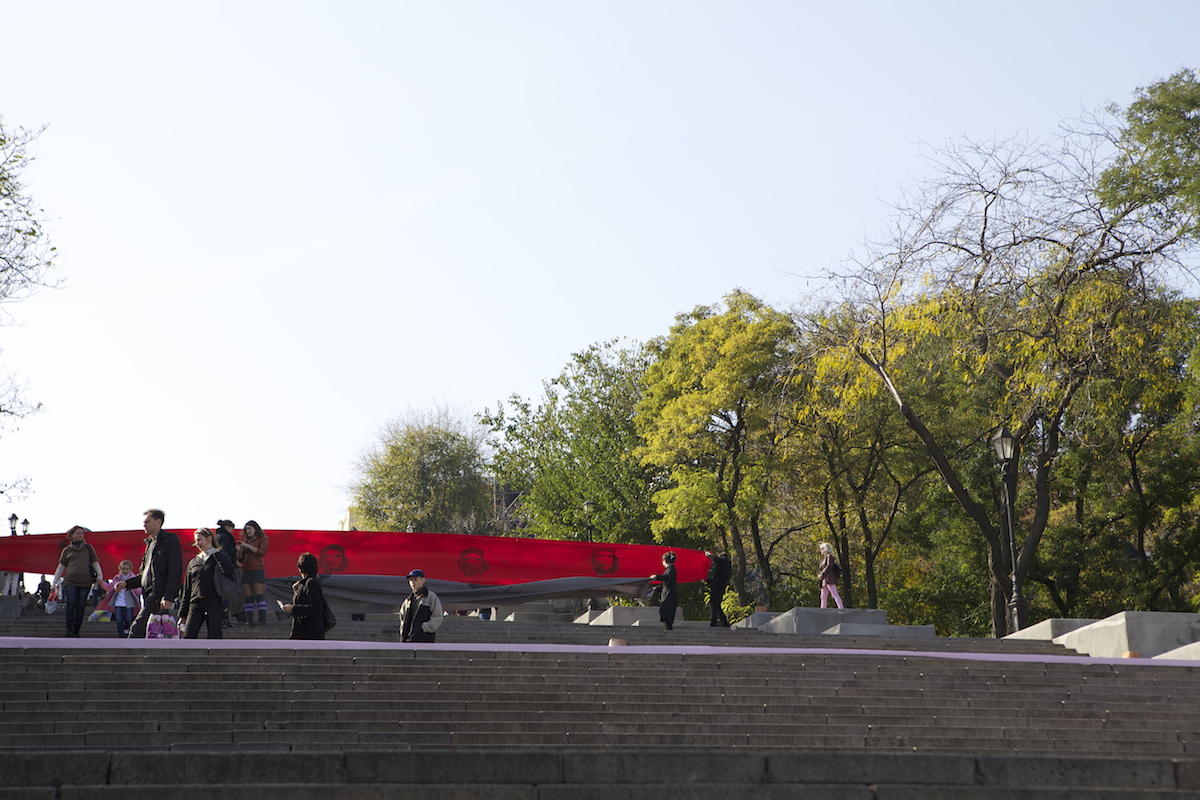 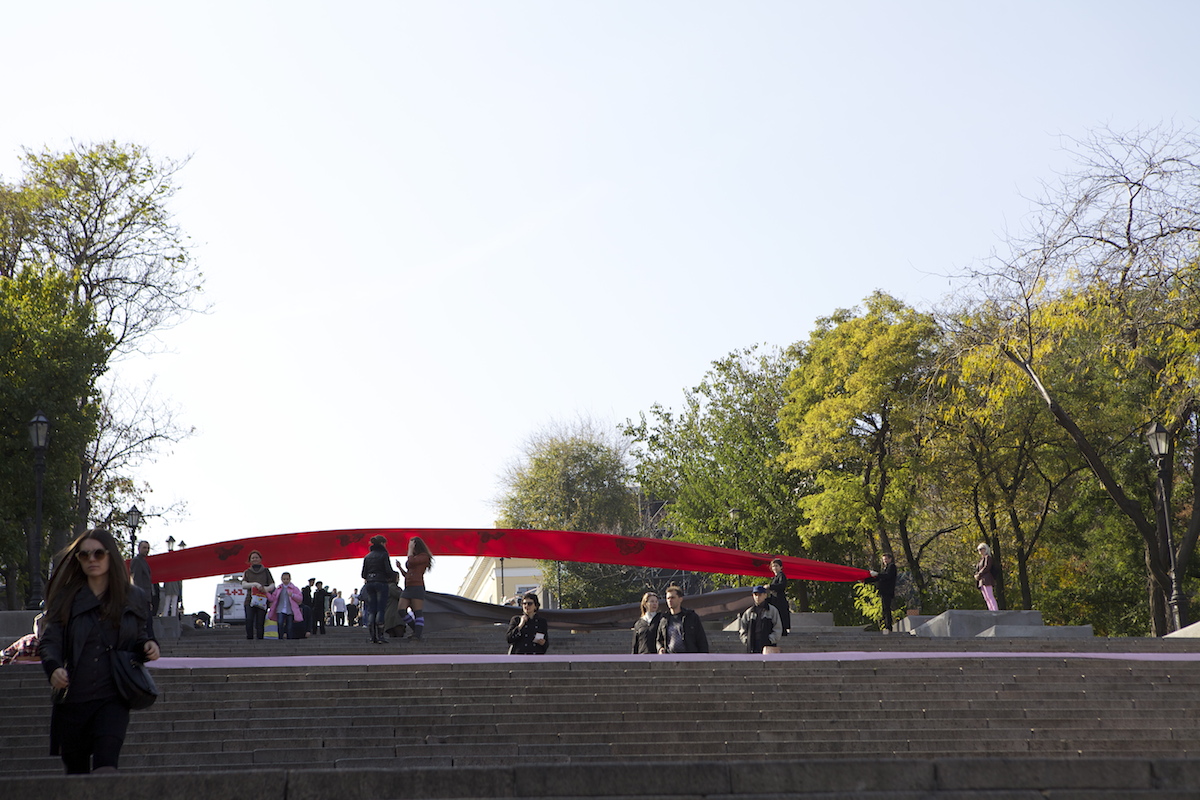 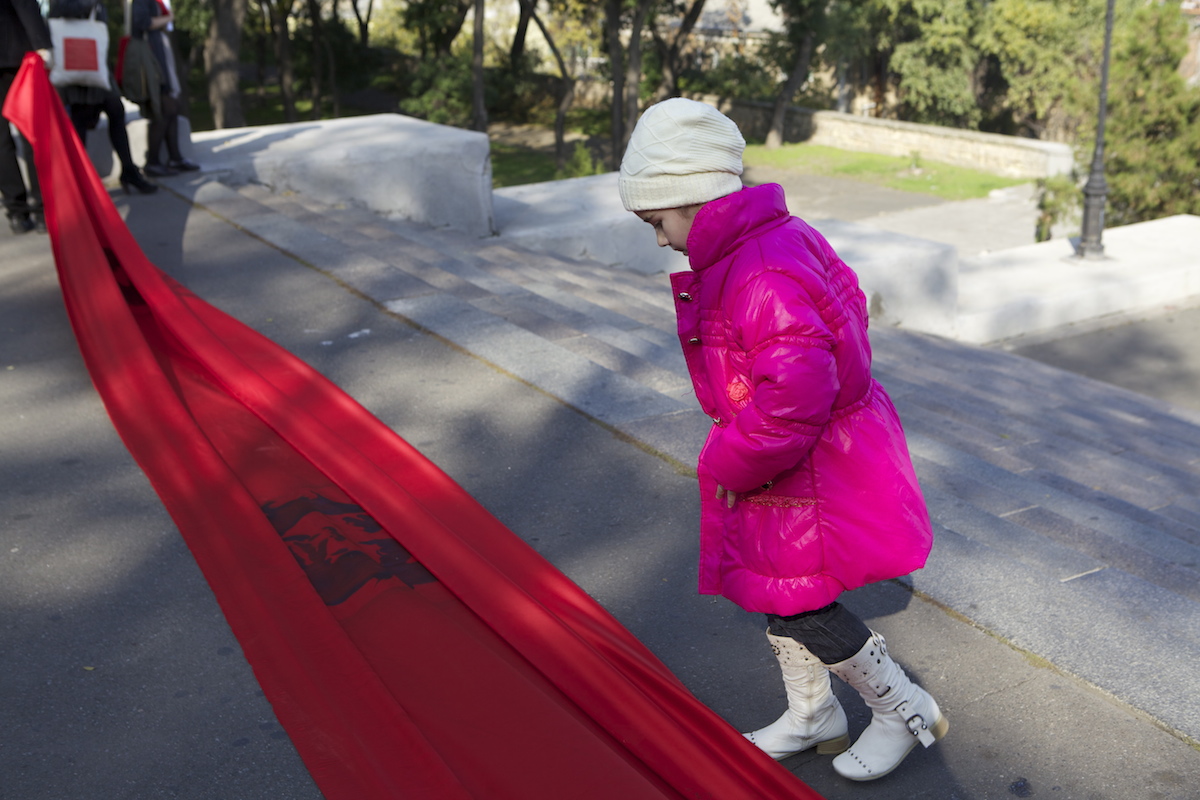 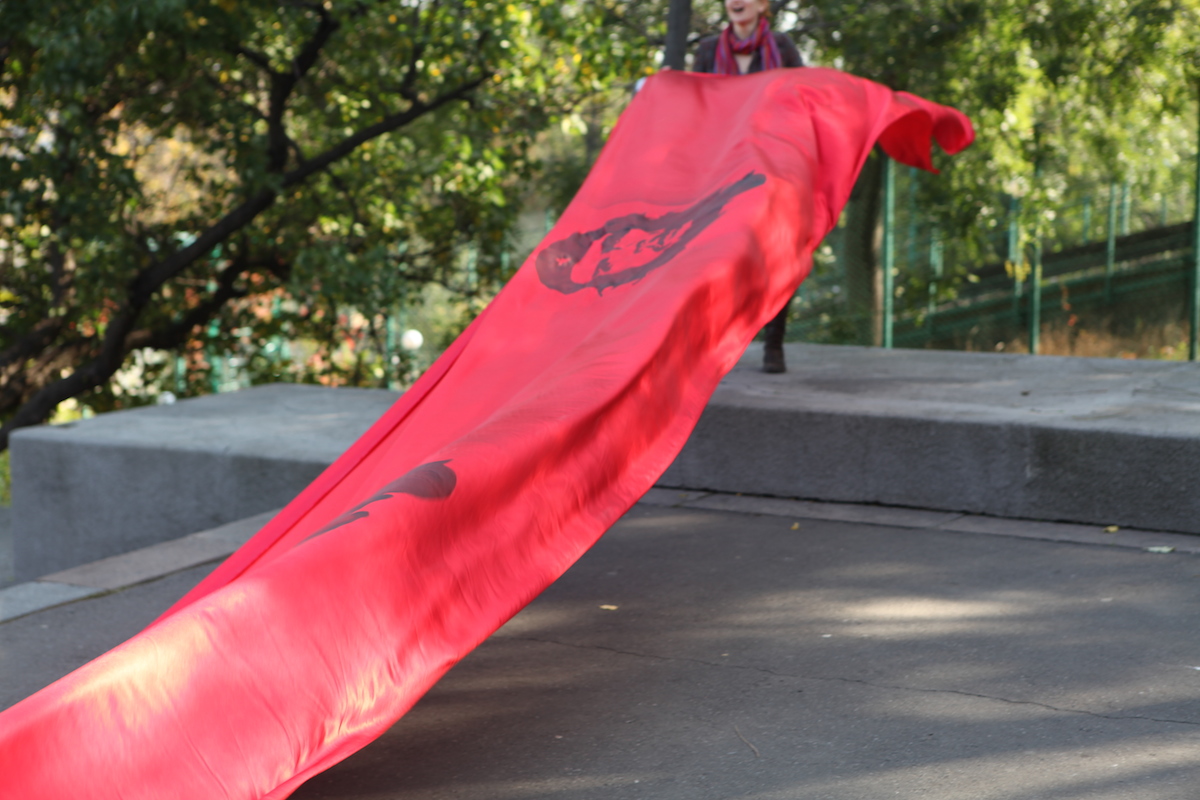 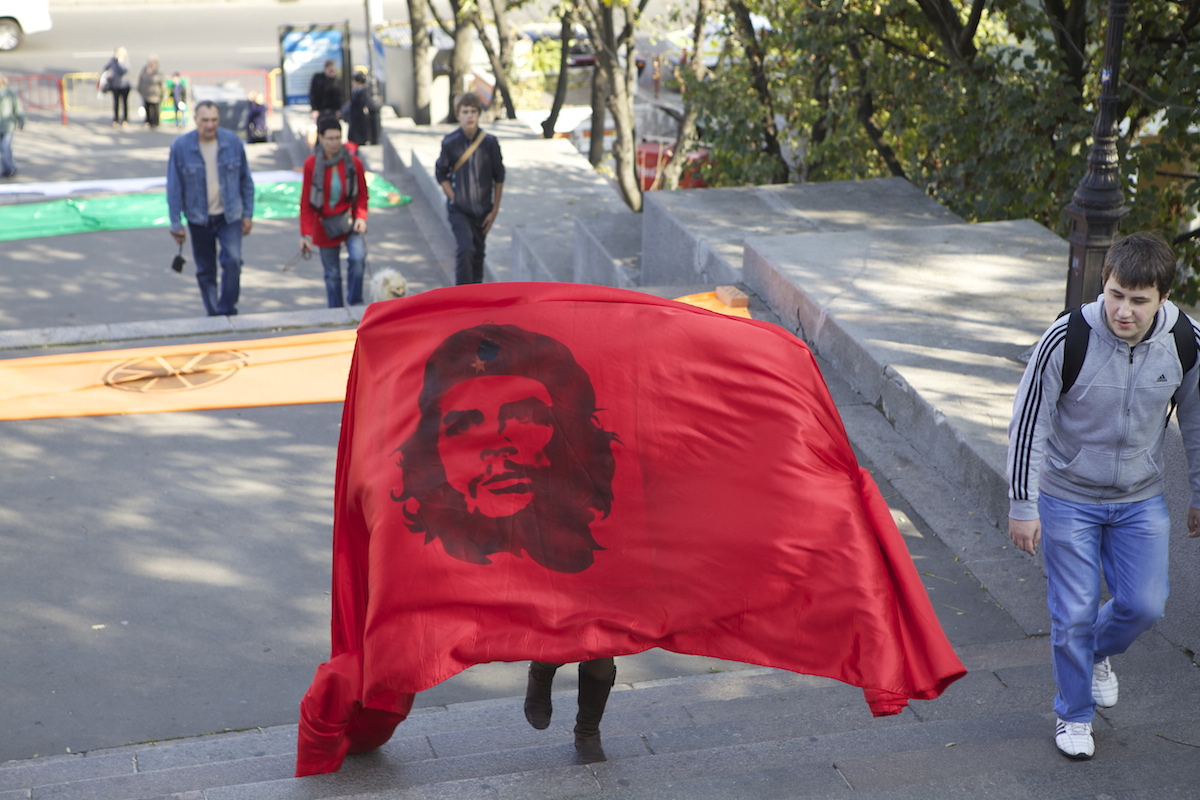 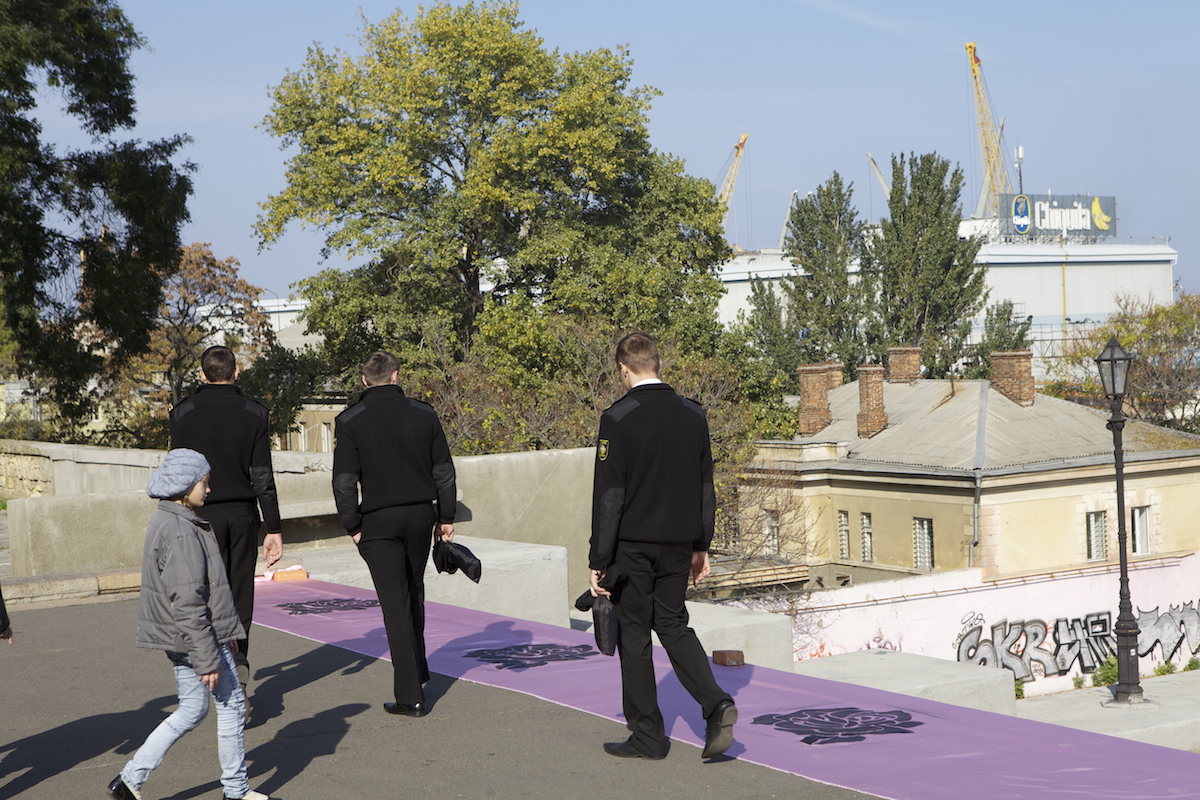 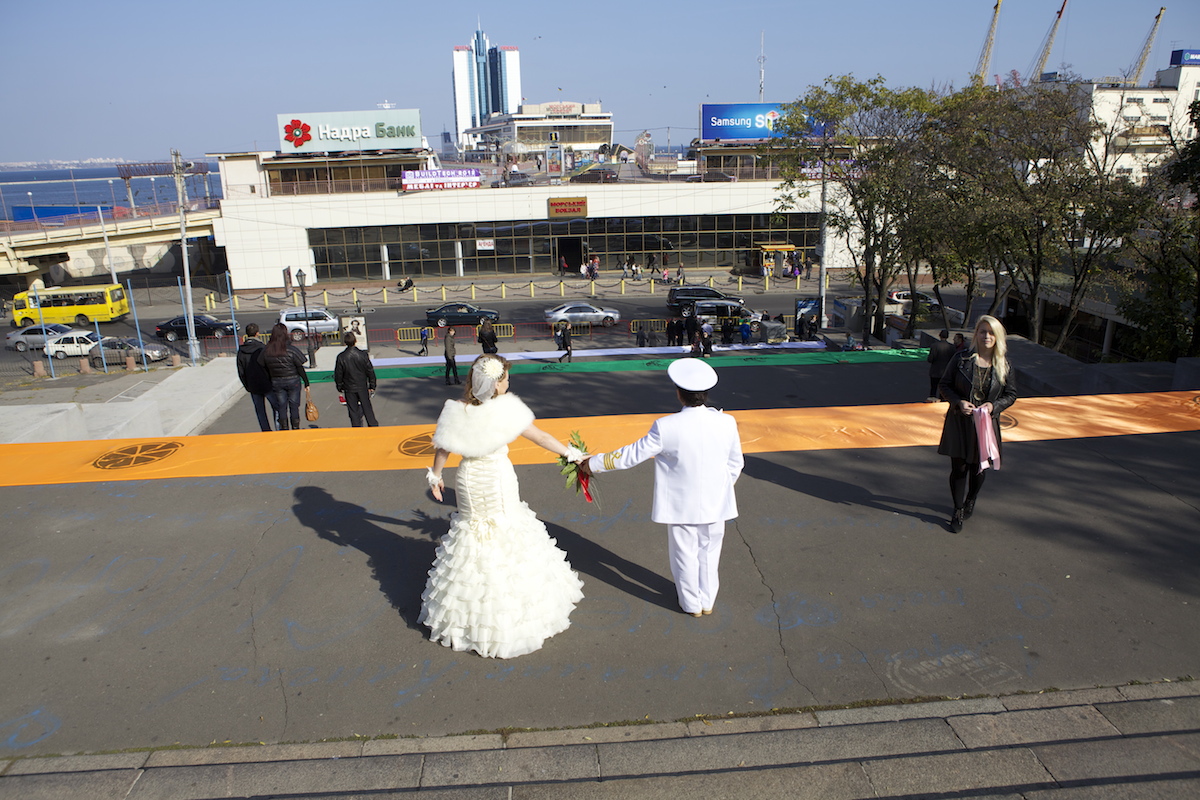 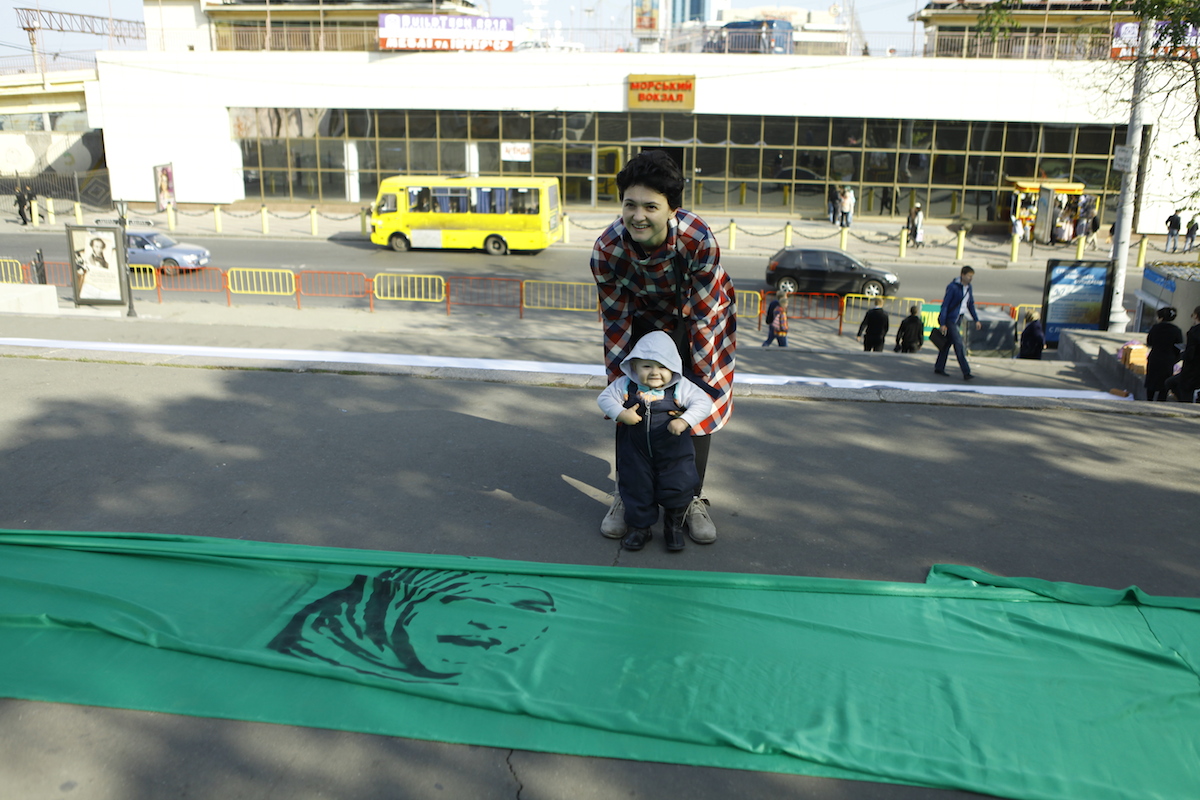 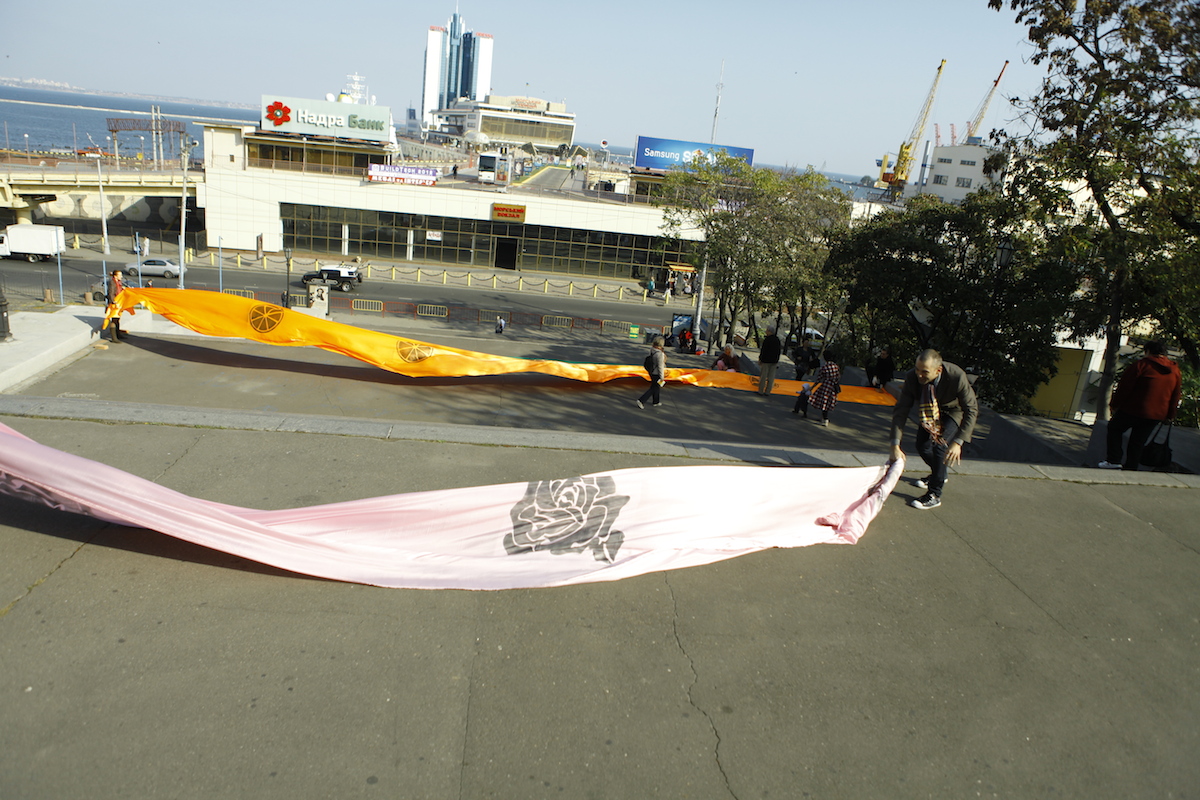 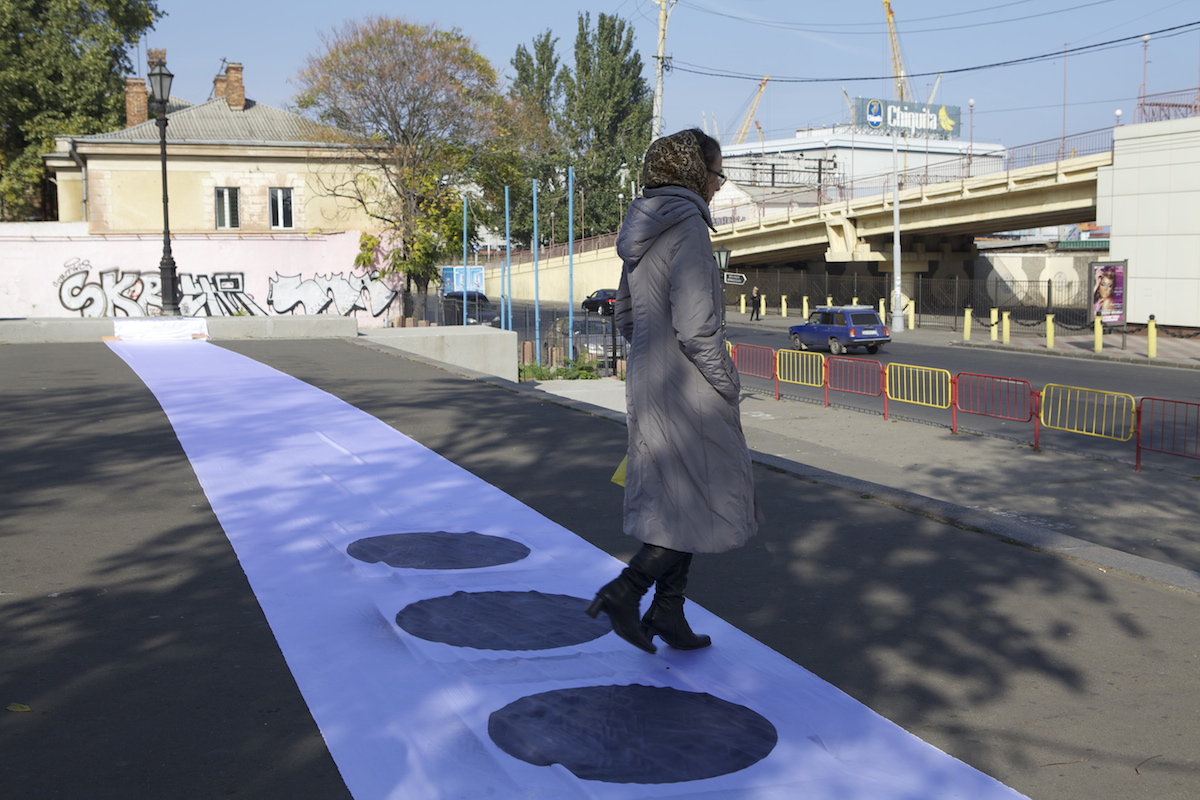 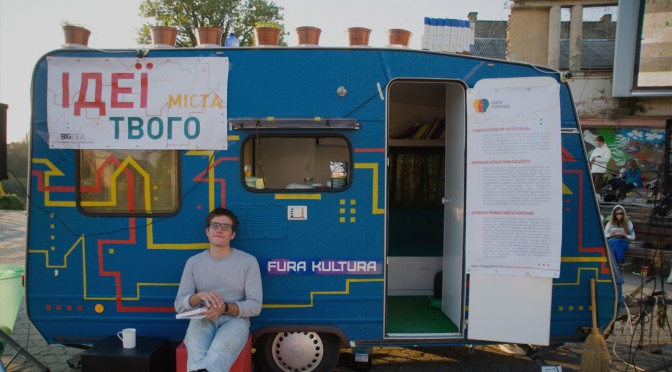 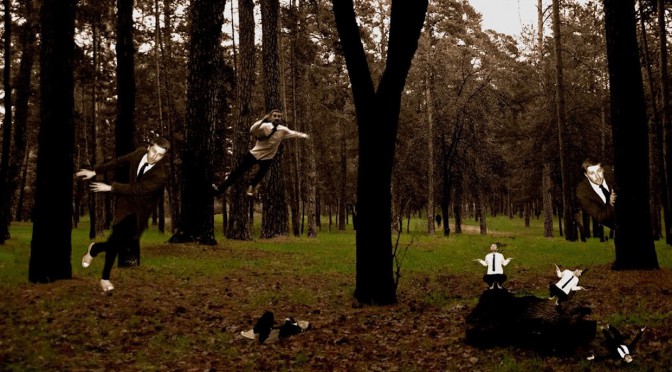