A series of performances in the Crimea “Maybe a Miracle!”

“Maybe a Miracle!” was a series of performances by the artist Alevtyna Kakhidze who was painting on a glass canvas in the public spaces of Crimean cities and villages. By employing lines, letters and signs, the artist recreated two processes – contemplation and telling her own story. Each painting session was named after the city or village where it was created: “Sevastopol!”, “Vilino!”, “Krymske!”, “Prysyvashne!”, “Tsylinne!”. The artist was painting on glass during the May 9 military parade in Sevastopol, at the market, on the rural street, in front of the school and in the house of culture. 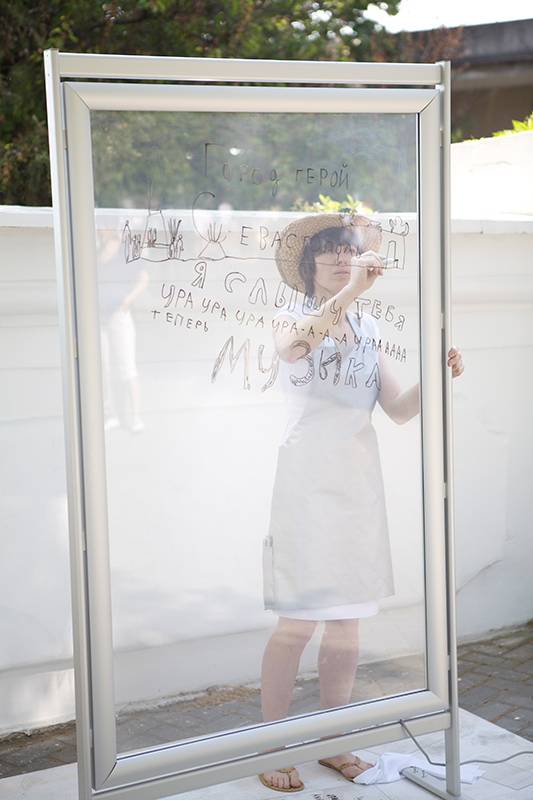 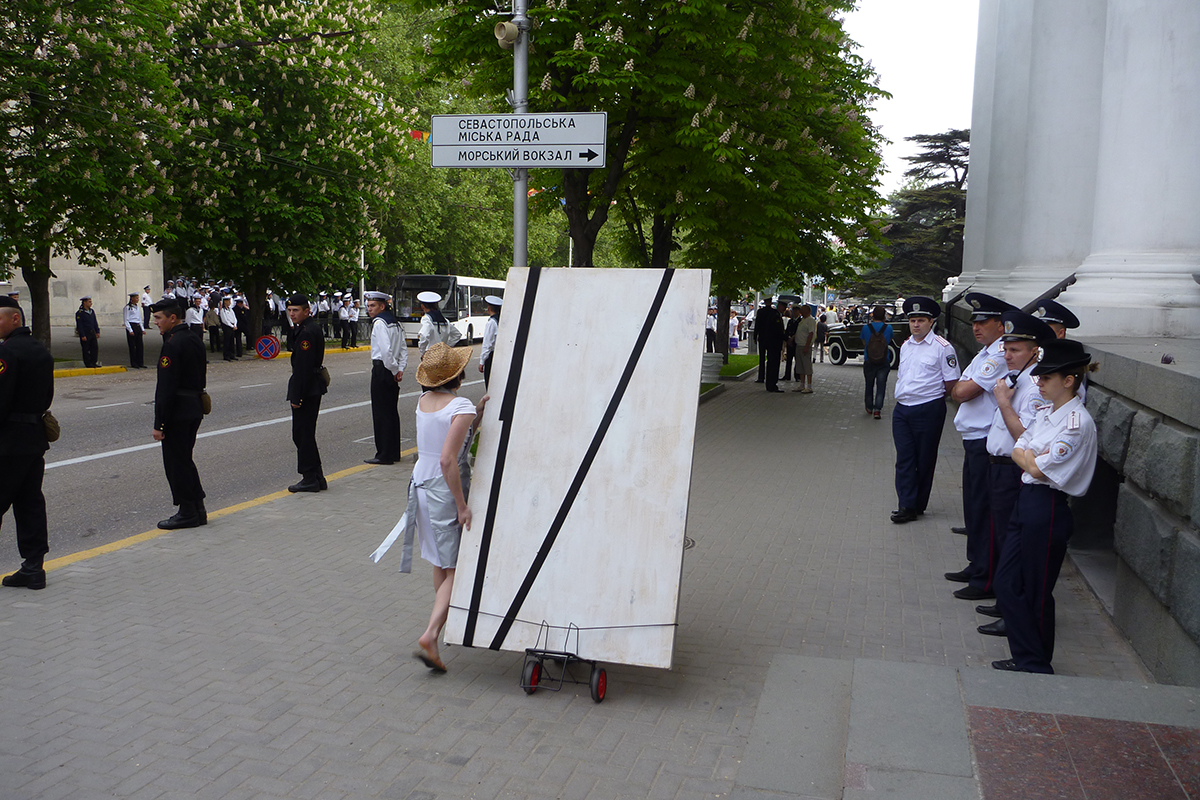 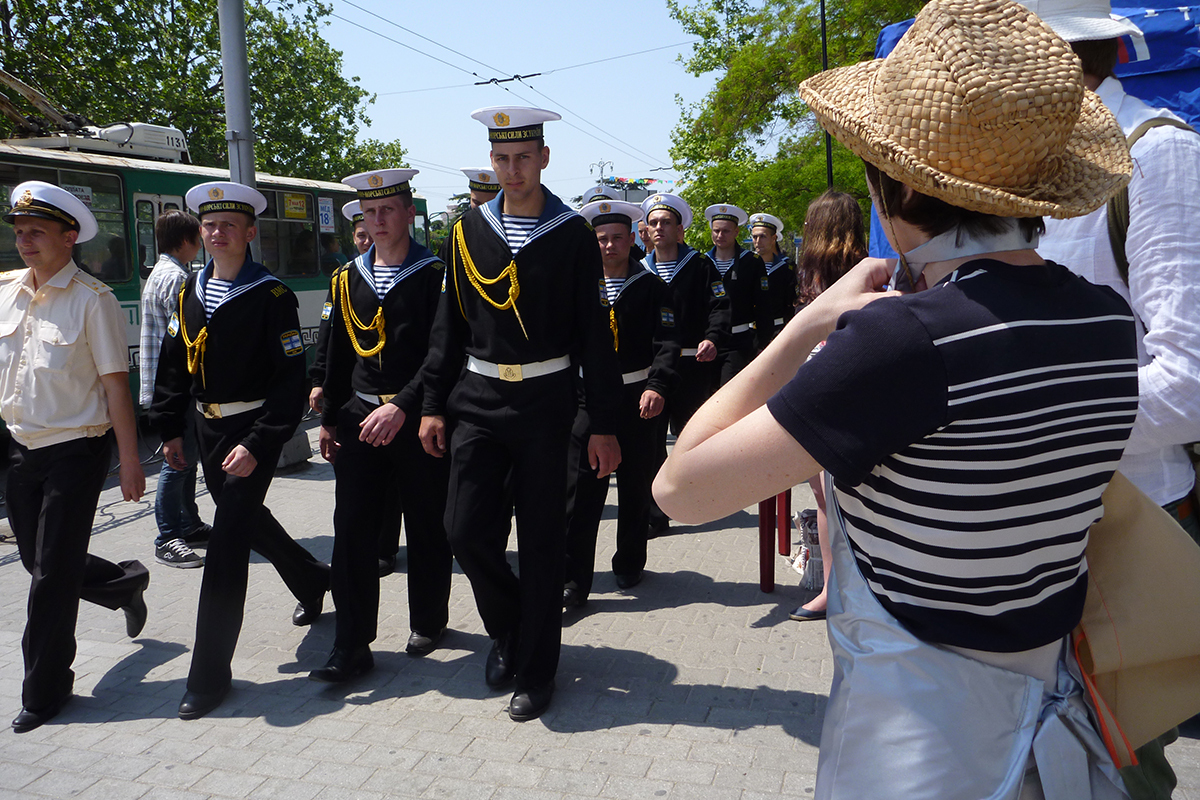 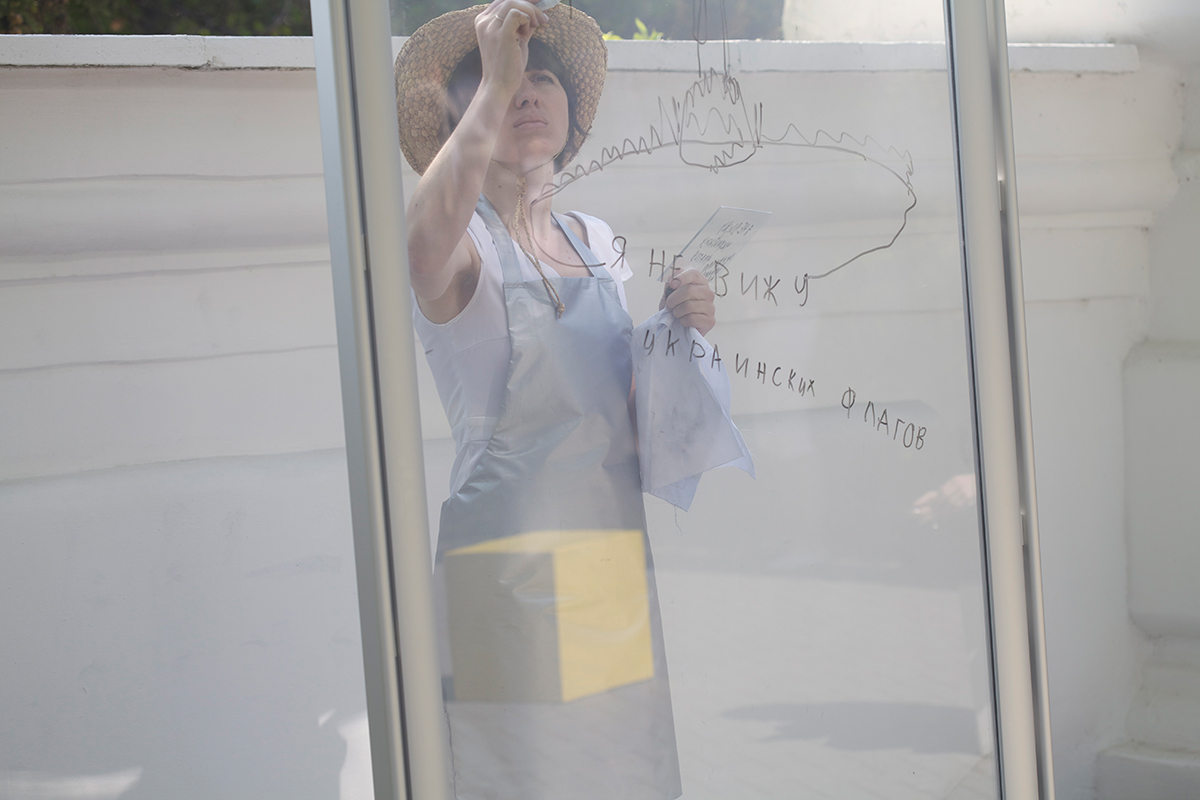 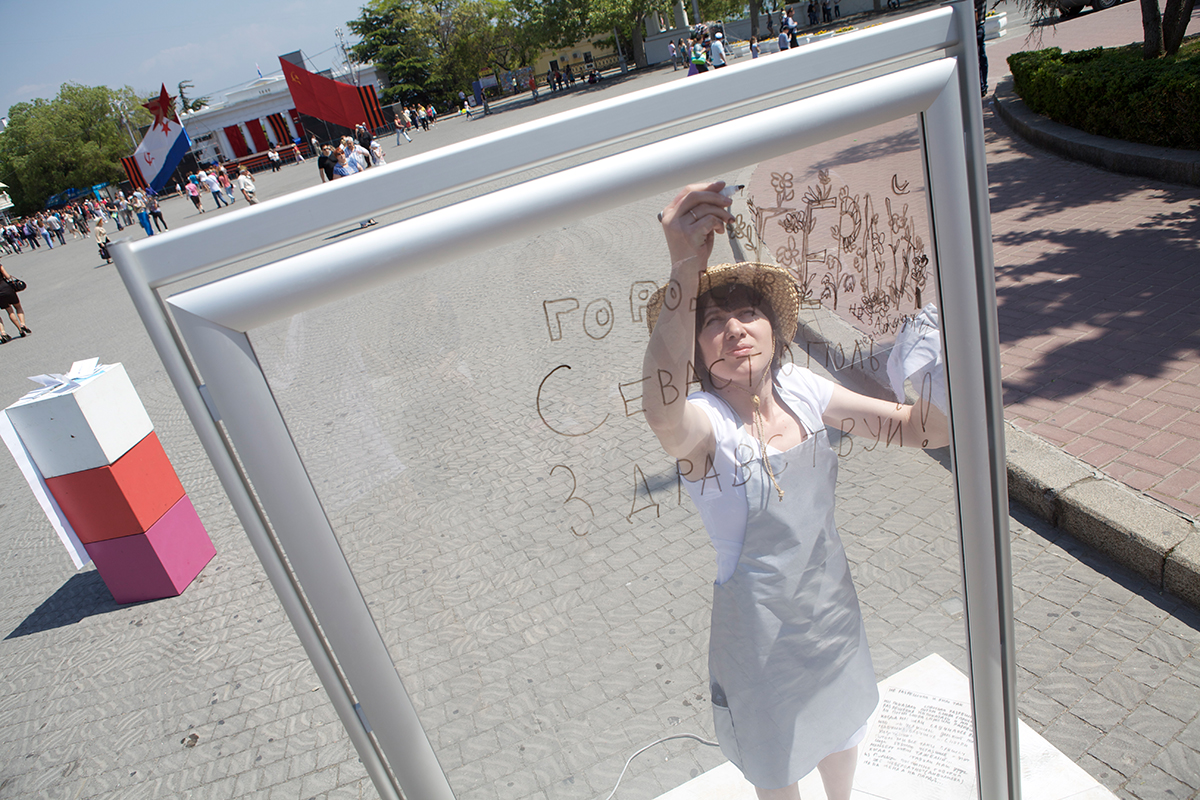 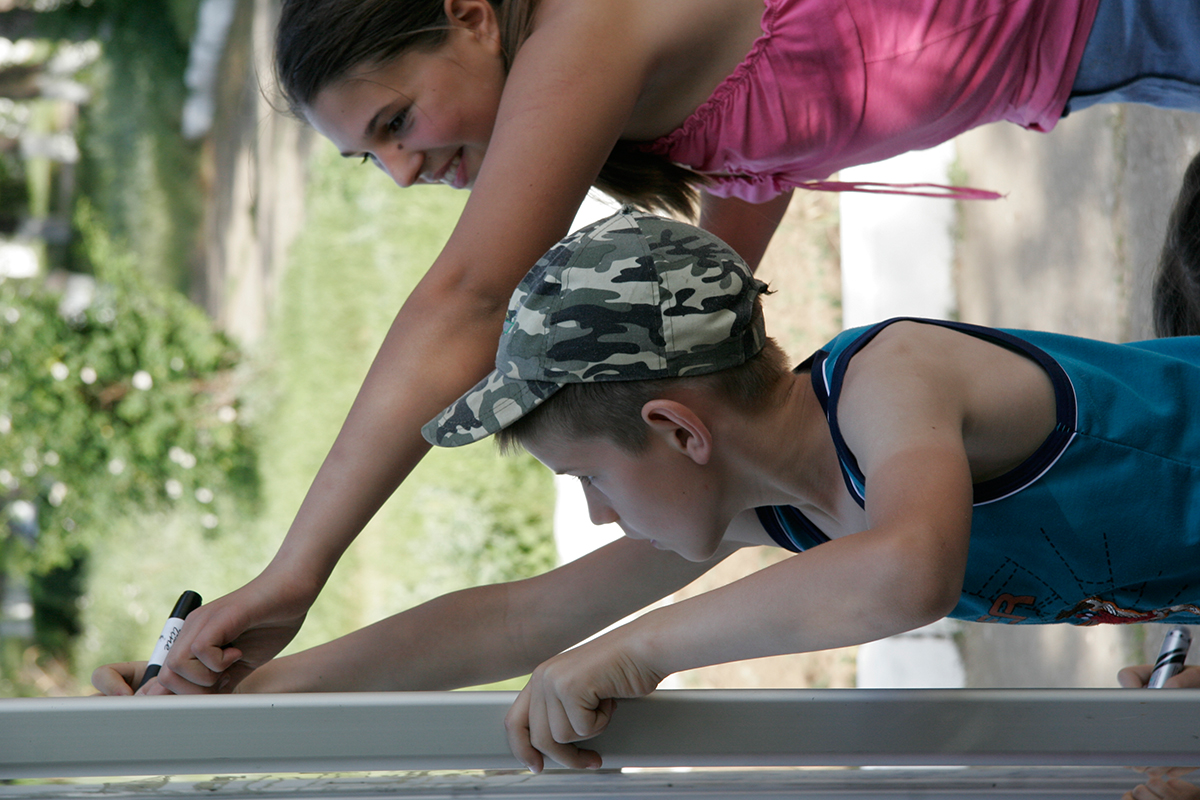 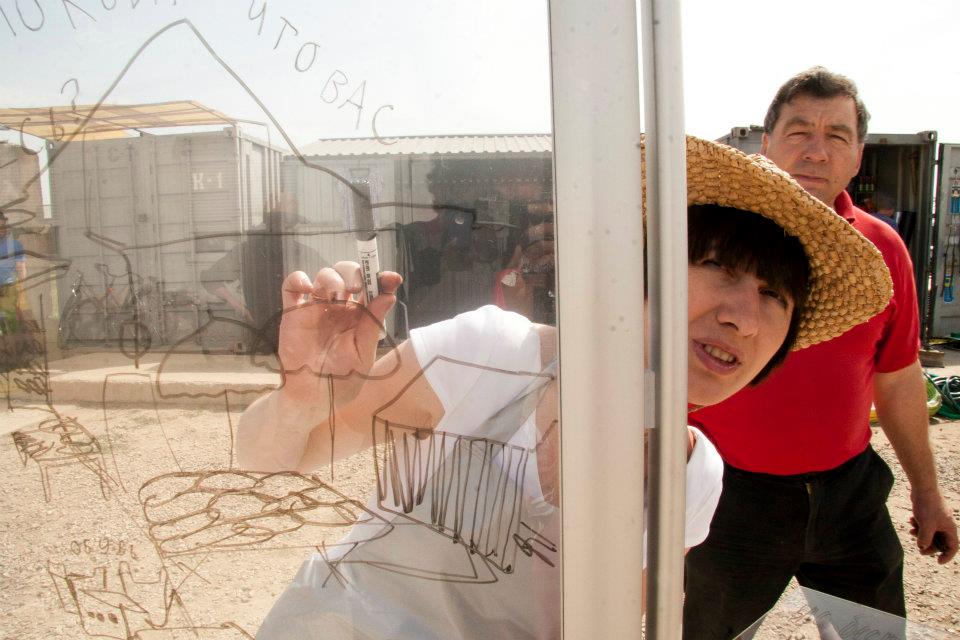 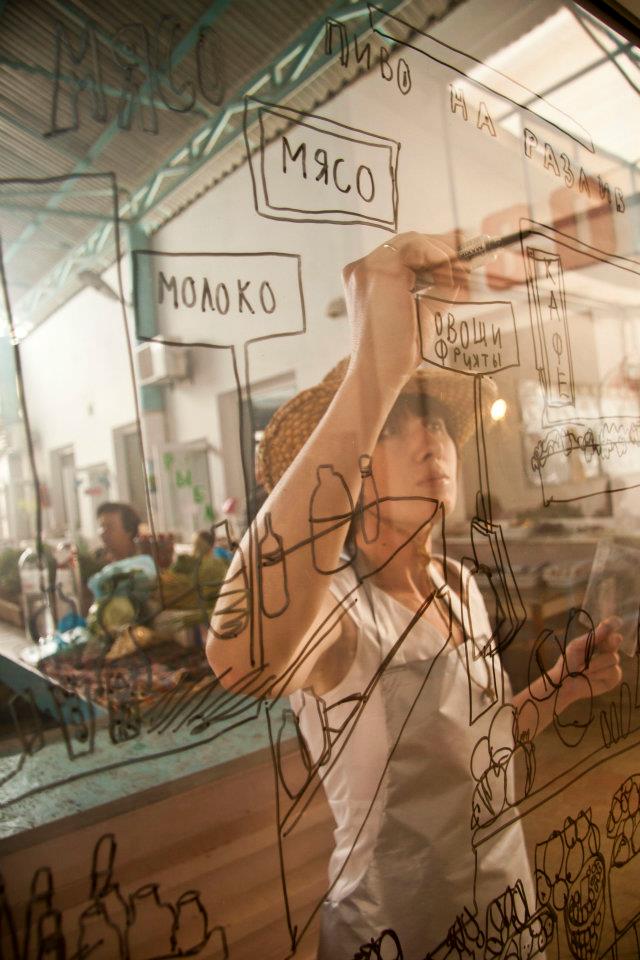 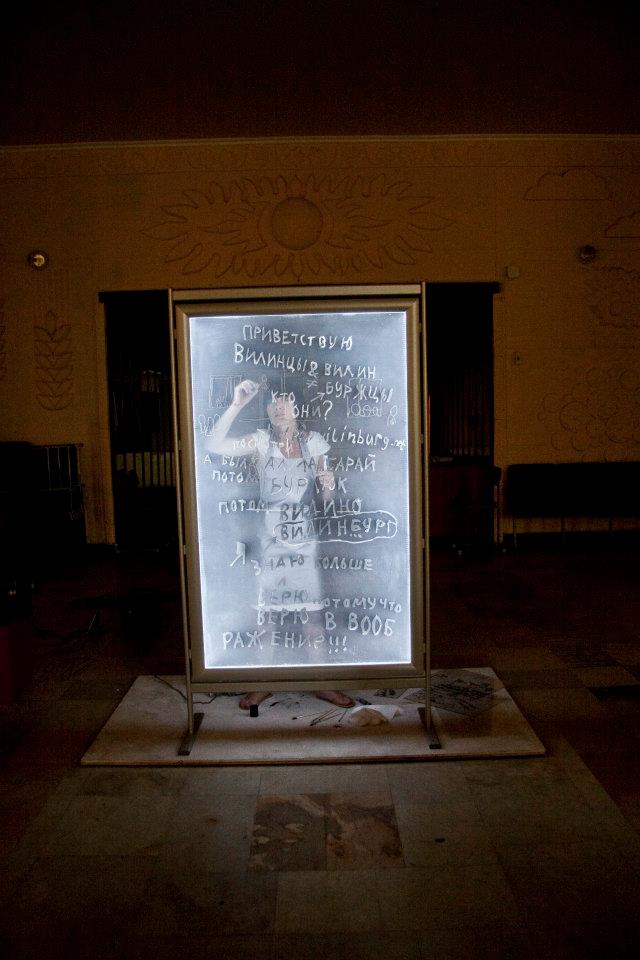 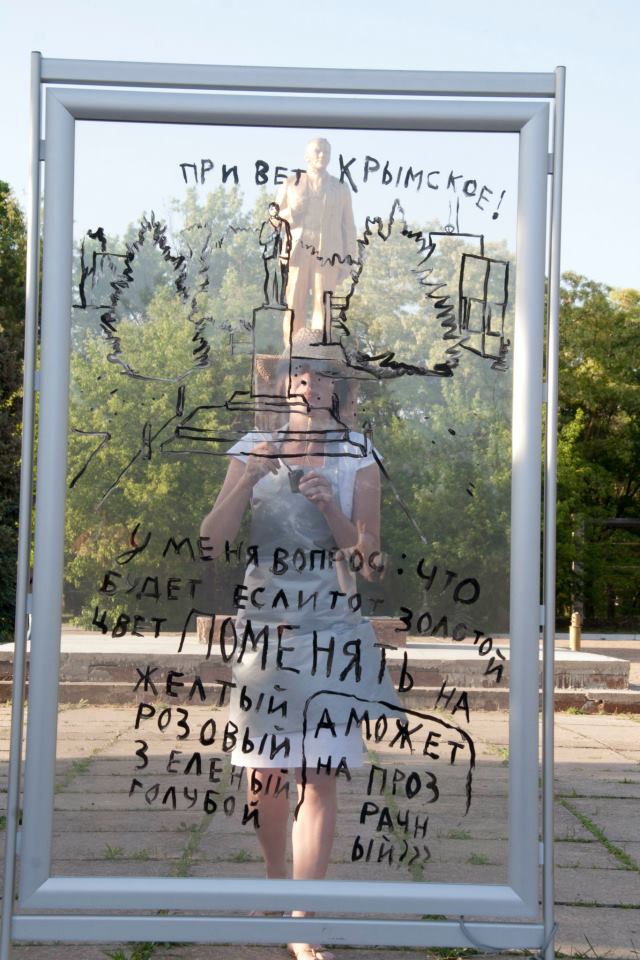 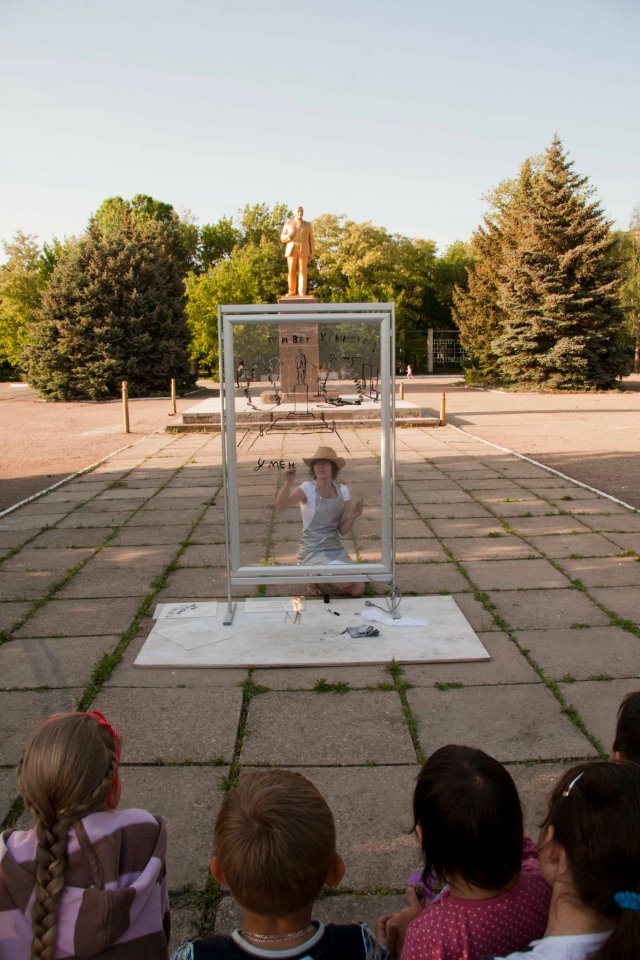 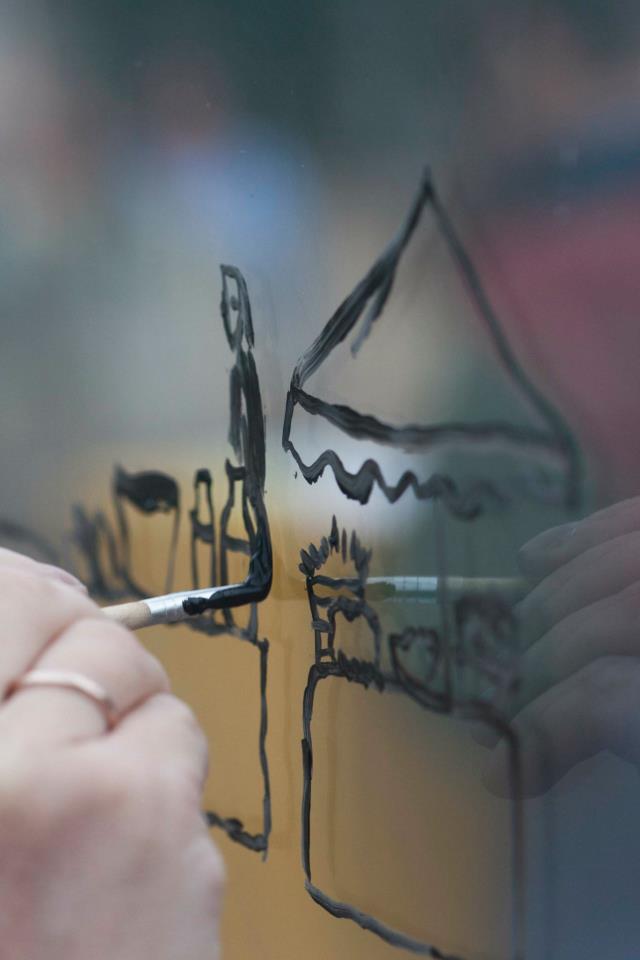 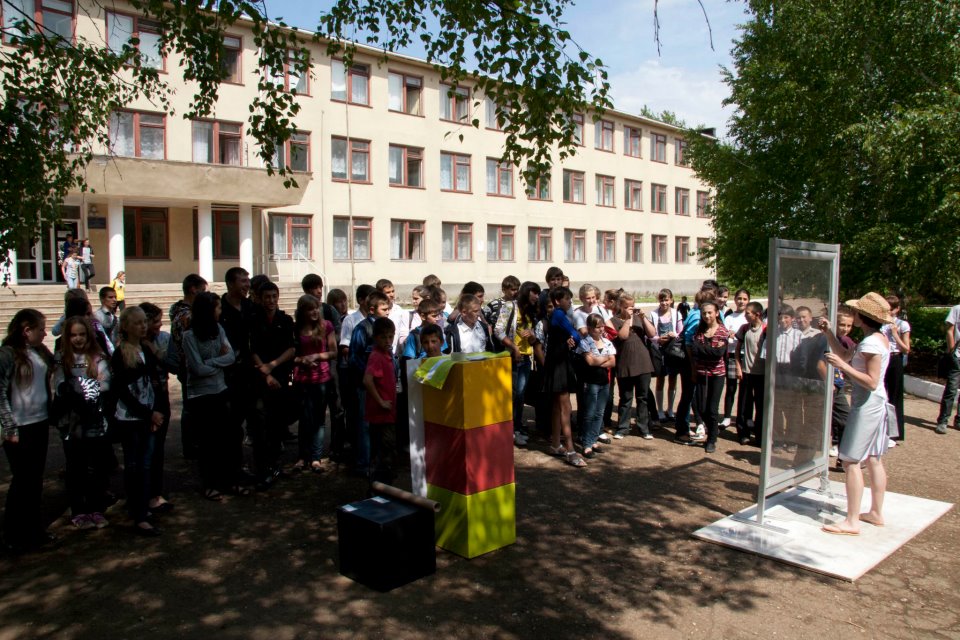 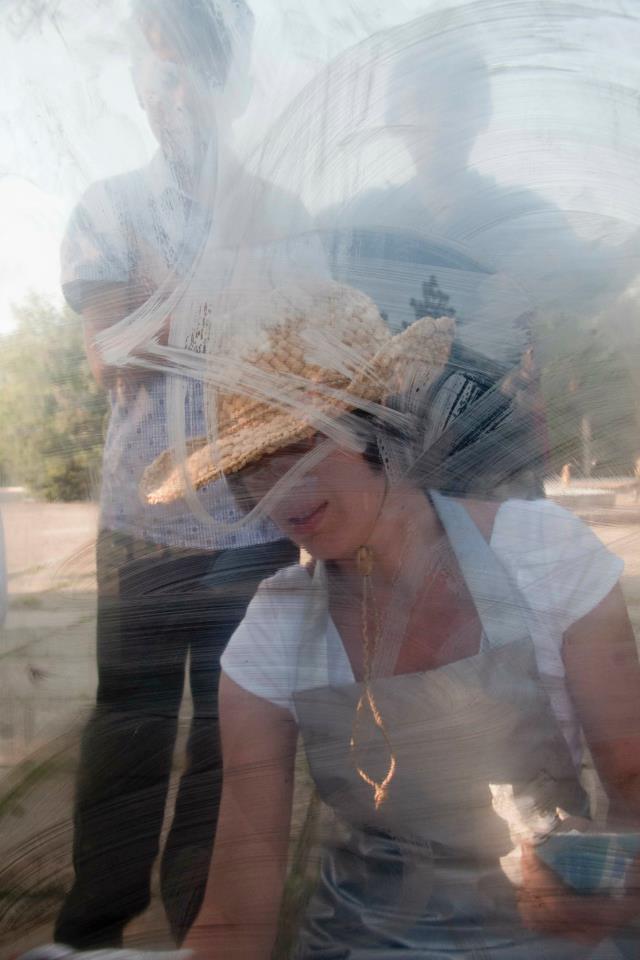 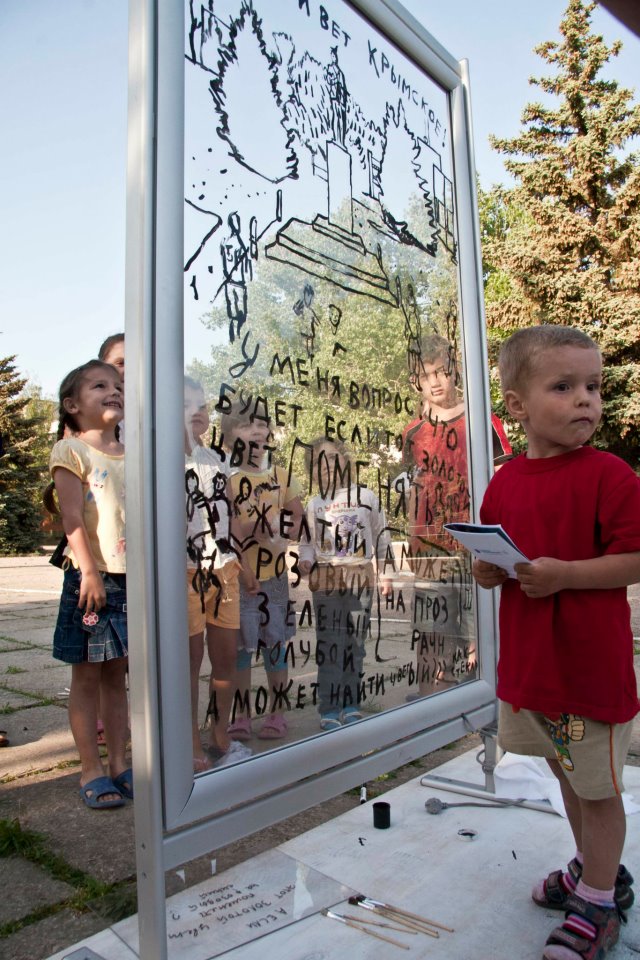 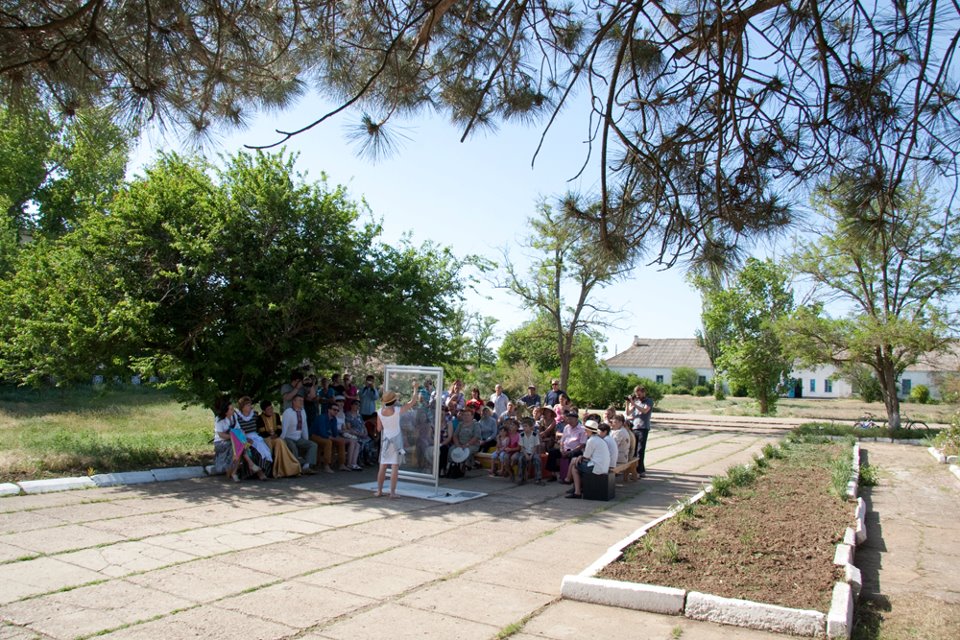 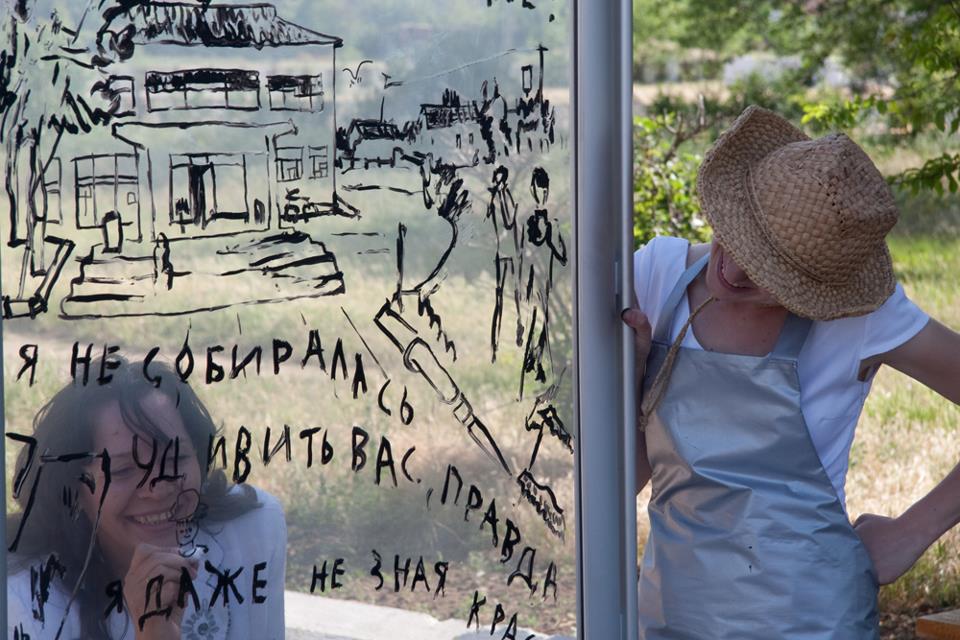 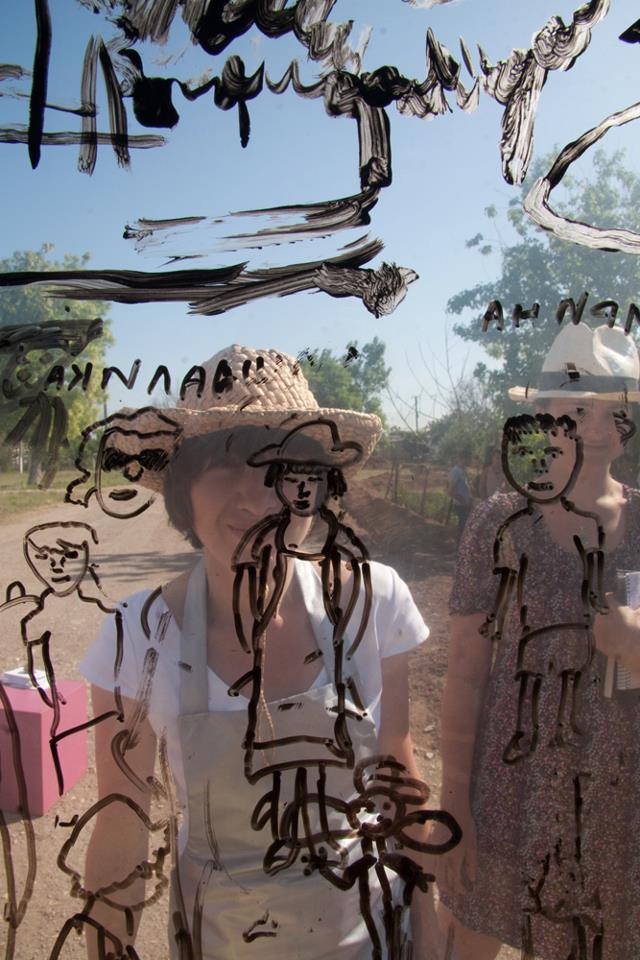 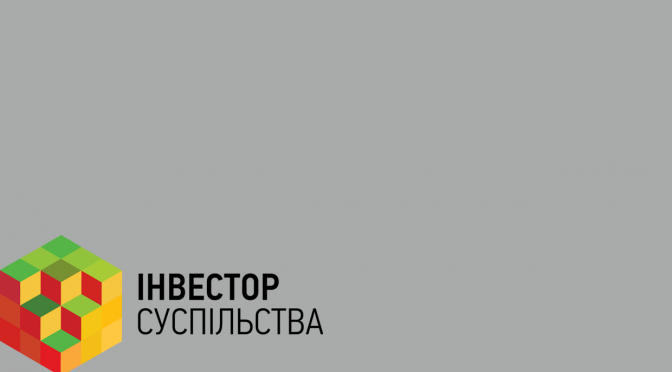 The program of urban transformations Generation Celebration 2012 in the Crimea 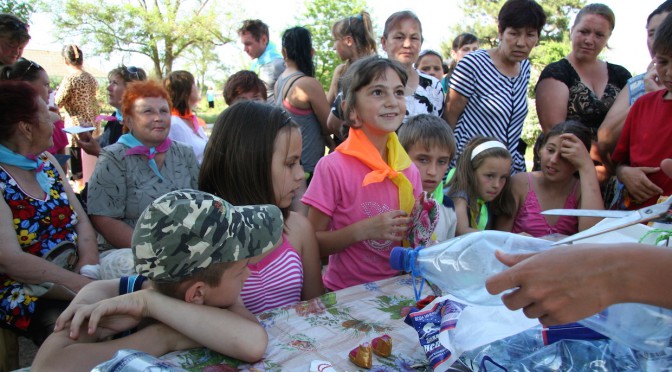